No matter whether you enter Boka by land or by the sea - your experience will be the same - Boka will fascinate you! It looks as if the mountains have cracked and let the sea in. This is the southernmost fjord in Europe. The high mountains bend over the thin coastline thus protecting it from the severe climate from the north. That is why Boka is an oasis of Mediterranean vegetation: agave, palm, mimosa, oleander, kiwi, pomegranate, and medicinal herbs. When its peaks are covered with snow, the roses bloom in the foothills.

Whoever visits Boka experiences it in a special individual way. No matter whether we are talking about artists, scientists, businessmen, or tourists, Boka performs a strong impression on all human senses. Boka is a place where various differences meet up and mix up by creating an entirely special ambiance. Contrasts are replicated in nature where in one part of the bay one can see steep rocky mountains rising upon the calm sea surface, while on the other part flourish real botanical gardens. Contrasts are also emphasized in the cultural-historic heritage where two civilizations of the east and of the west meet upon each other in a special harmony. Prehistoric age, Iliric age, Roman-Byzantine age, renaissance, baroque, and gothic styles all that is melted together and blended with modern life, showing that the real valuables last forever together in harmony. 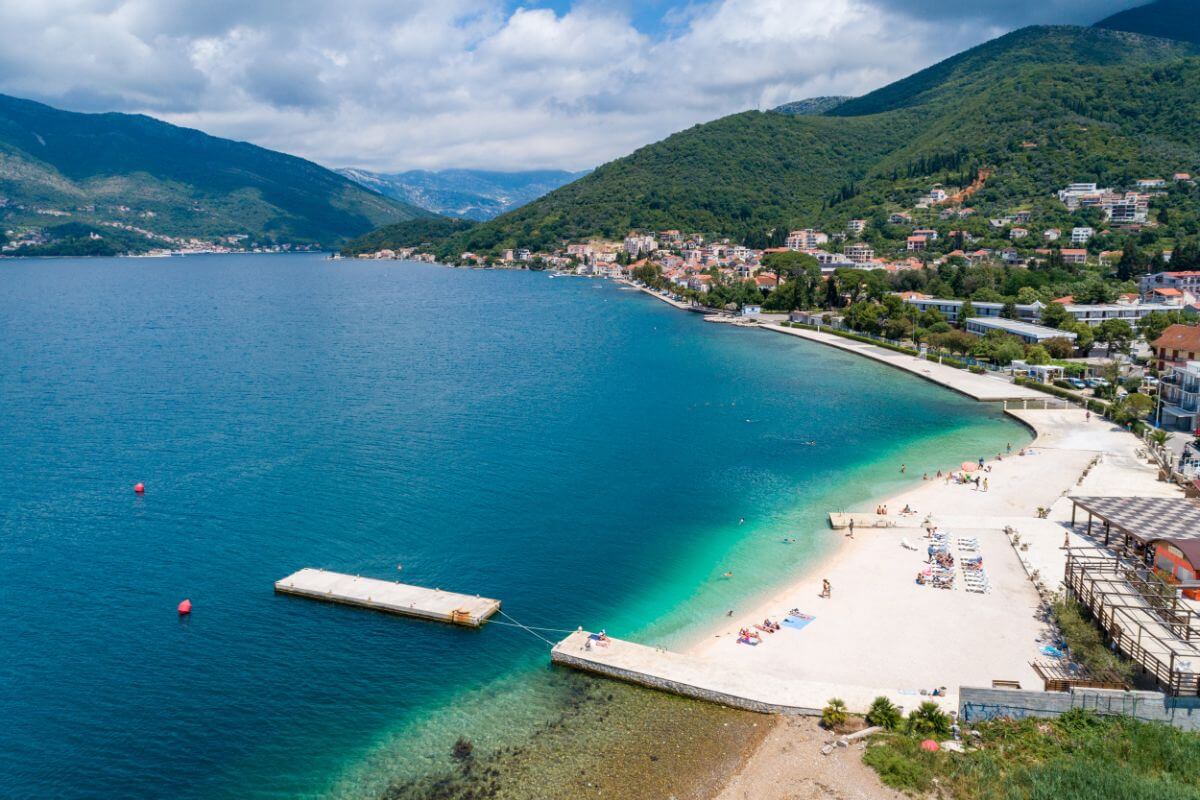 Boka is bejeweled by seven islands: Mamula, Sv. Marko, Our Lady of the Rocks, Sv. Djordje, Milosrdja, Ostrvo Cvijeca and Mala Gospa. Along the whole coast of Boka, there is a chain of small towns and settlements all of which has their own story. From the south-eastern side, the bay is surrounded by the karst massif of mountain Lovcen (1749 m). From the northwest side by the karst massif of mountains Orjen (1895 m), Radostak (1446 m), and Dobrostica (1570 m). Between the above two massifs just above Perast spreads karst massif Kason (873 m).

Peninsula Lustica is located on the southeastern side of the entrance to the bay, while the Vitaljina peninsula is located on the northwestern part. The two peninsulas are separated by the channel Ostro. In the inner part of the bay, there are two more peninsulas Vrmac and Devesilje separated by the strait Verige. Strait Verige divides Boka Kotorska bay into two frontal bays: the bay of Herceg Novi (former bay of Topla) and the bay of Tivat; and two internal bays: the bay of Risan and bay of Kotor.

The region of Boka Kotorska, observed as a geomorphological and vegetational entity is enormously wealthy in nature with special characteristics creating quite unusual contrasts in the relief, vegetation, and stone structures. 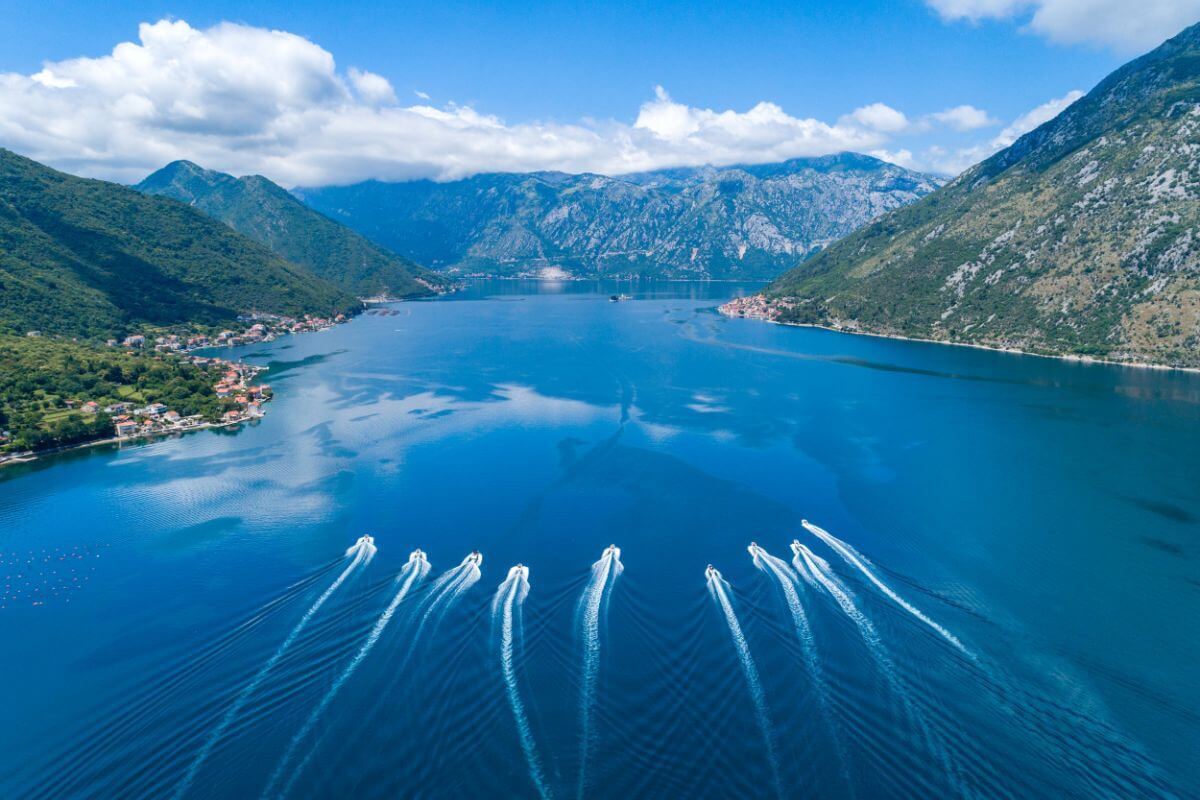 Located between the Adriatic Sea and the vide limestone area the region of Boka Kotorska is under a strong influence of Mediterranean and Mountain climates. That special climate blend creates a distinguished Sub-Mediterranean climate quite different from other parts of the Montenegrin coast. A unique feature for Boka is the early spring when all surrounding mountains are still covered with snow while the coast flourishes with Mediterranean trees and flowers in blossom. During the winter one can enjoy the pleasant sun and calm weather on the coast while the mountains and snow take just 1 hour of slow drive.

The summer season in Boka is pleasant with a little bit more rain especially in the internal area than in other parts of the Montenegrin coast, which is on the other hand reflected in dense vegetation. Most of the rain in Boka falls in the late autumn and partly during winter. Along the whole coastline of the bay exist the rich distribution of Mediterranean, continental, and exotic vegetation such as laurels, palms, olive trees, orange and lemon trees, pomegranate trees, agaves, camellias, mimosas… This is just one part of Boka’s wealthy flora.